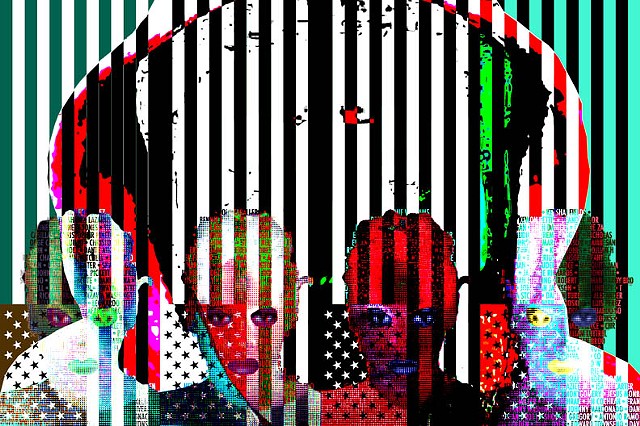 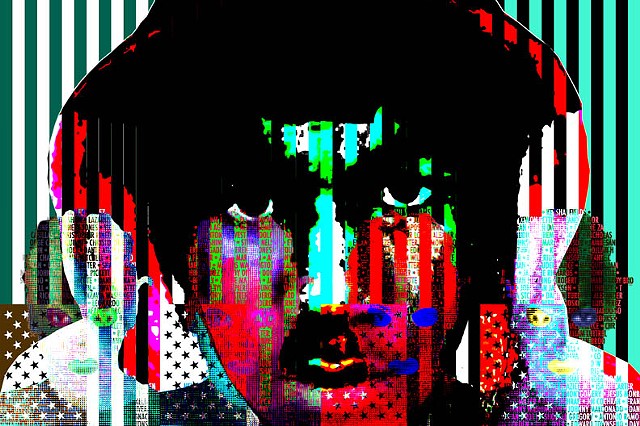 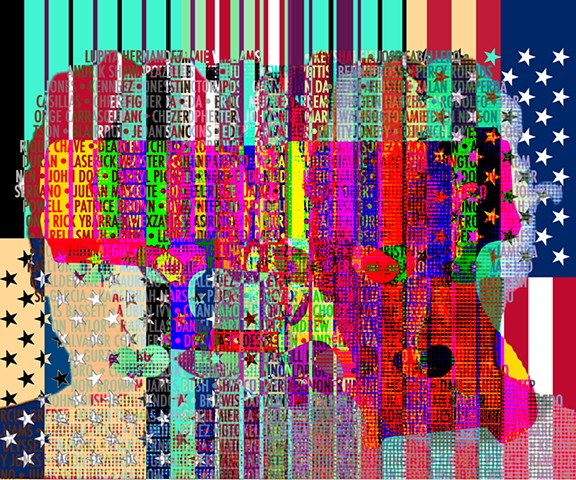 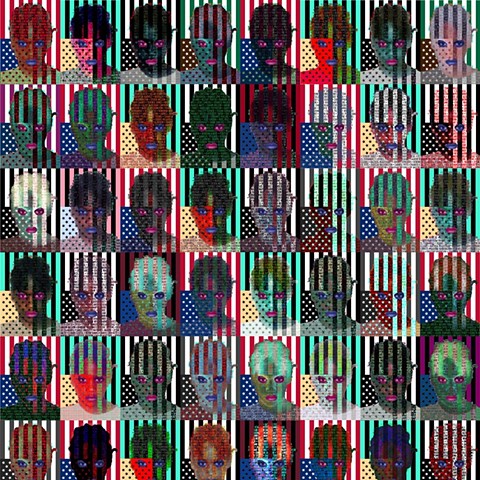 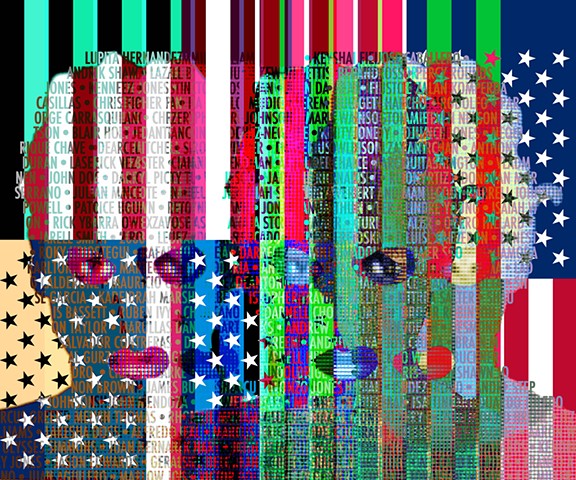 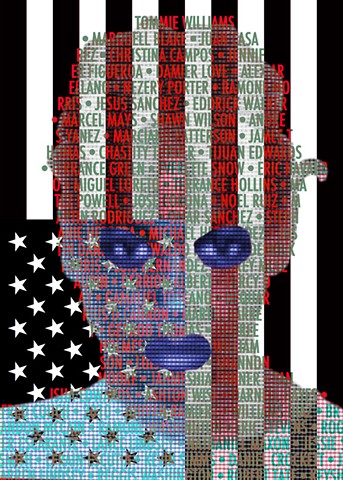 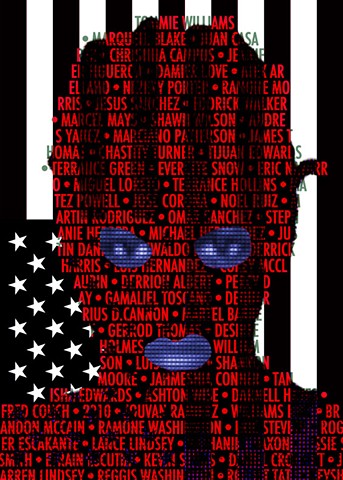 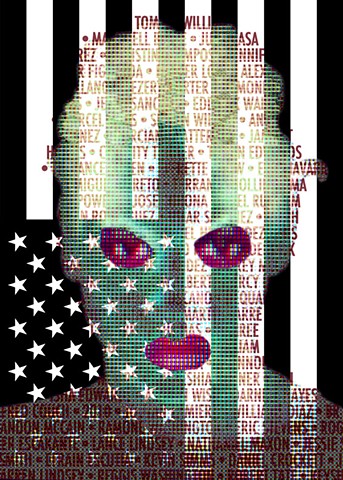 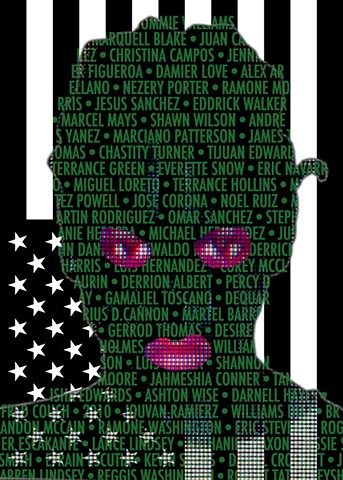 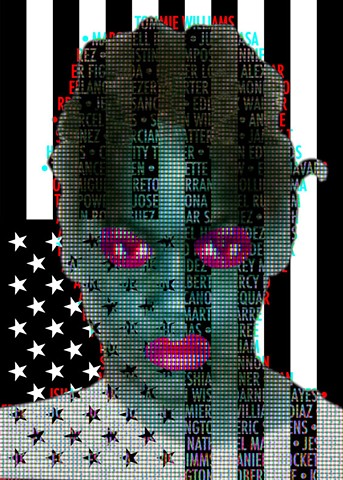 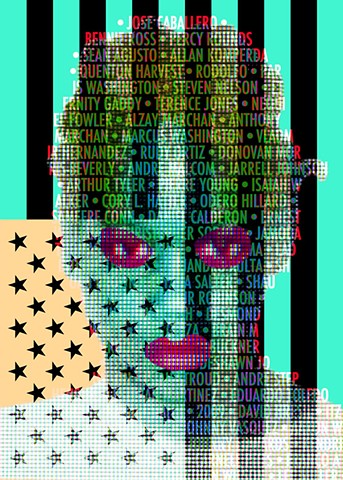 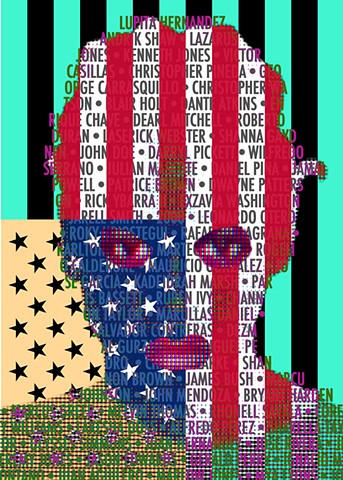 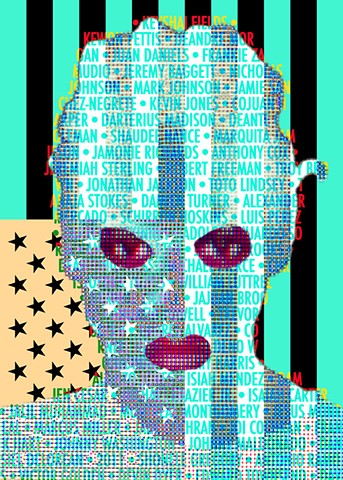 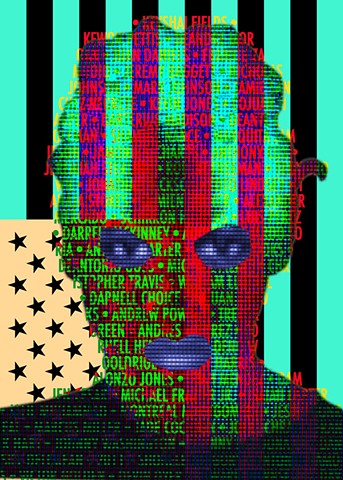 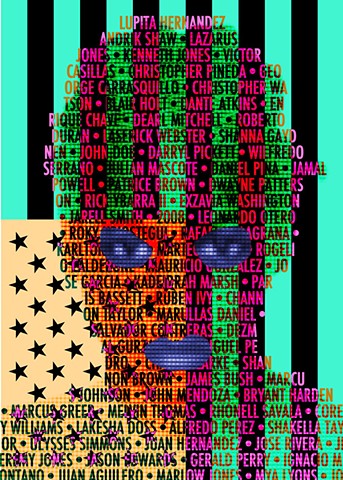 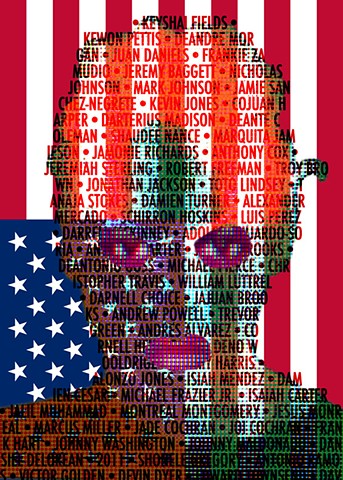 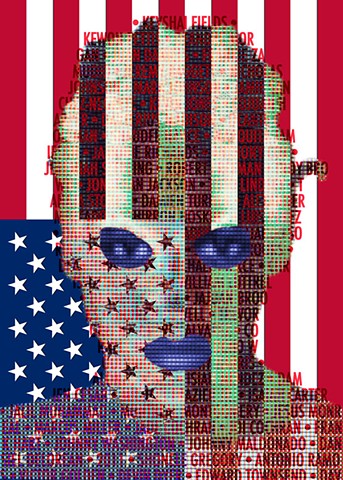 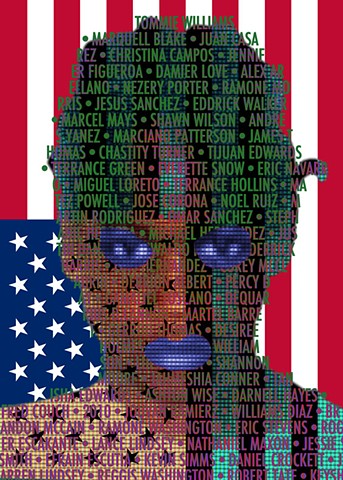 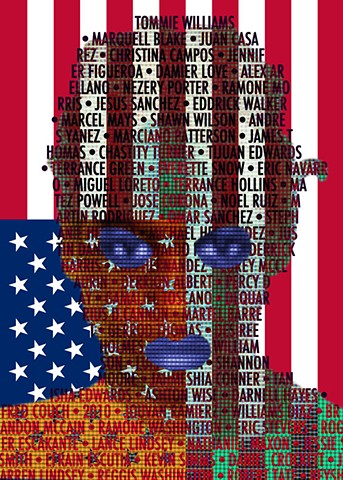 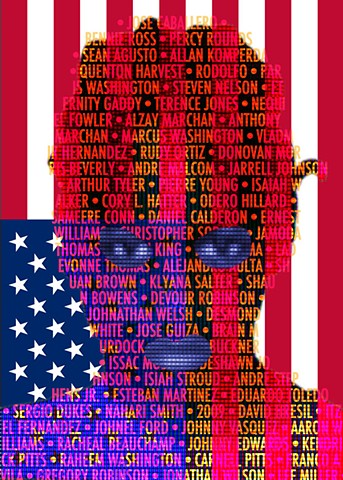 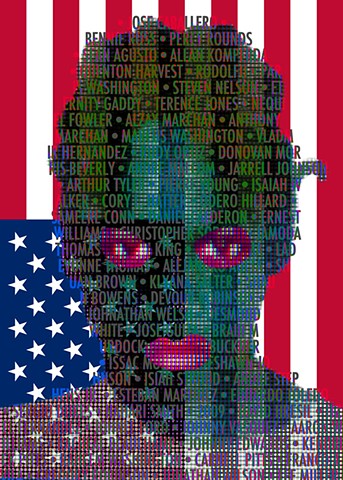 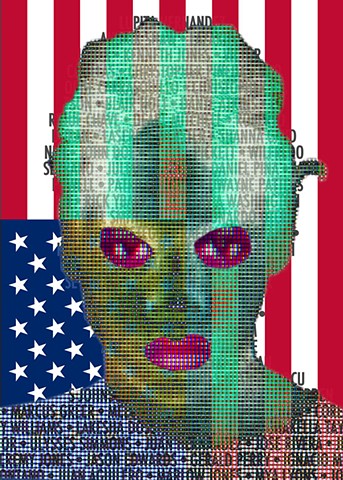 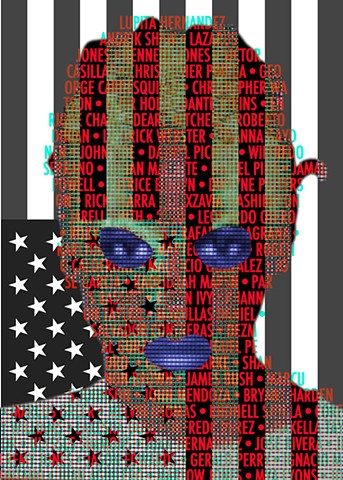 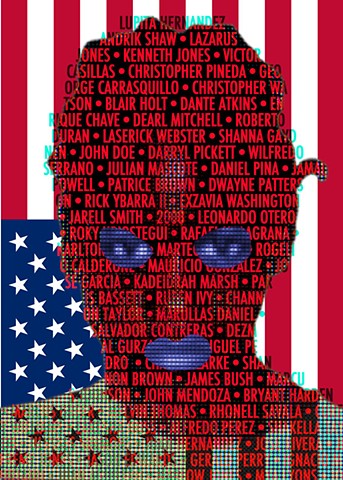 The “Yummy” series is about the high rate of unprecedented murders in Chicago. It is centered around the image of Robert “Yummy” Sandifer, an 11yr. old killed by the very gang he had killed for. In this series the central figure of Yummy is composed of names of other children who have been killed over the years.

Repetition/variation plays here to to reinforce the idea of the same violence being repeated.

The American flag reminds us of the history of the United States. My turning the flag upside down and the non-traditional use of the flag, remind us of the historic imperfections which are apart of our history. Since the great majority of the victims are non-white and the murders continue there seems to be no urgency to stop the violence.